The other side of IBM

Last week was full of 'firsts' for me. It started with my first ever commit to an Apache project . This was a career milestone for me, I will be writing a lot more about that project in the future, but not in this post.

The other 'firsts' were all associated with BarCamp London which ran from Saturday morning through to Sunday evening at IBM's Southbank location. It was the the first time I had ever been to BarCamp and I was enormously impressed by the level of organisation. I've been to a few big conferences and they could learn a lot from the BarCamp organisers who pulled the whole event together in their spare time. 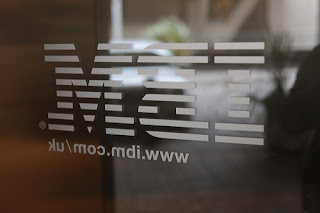 The other side of IBM
Image courtesy of Adewale Oshineye - check out his other photos of the event here
It was also the first time that IBM UK has ever hosted a BarCamp and it's hard to describe the level of nervousness that was permeating the corporate psyche prior to the event. As it happens, apart from one small(s) problem, the weekend went entirely smoothly. So many people helped to pull this together that I can't list them all. I will however mention three companies that I bet no-one else will talk about, G4S, Johnson Controls and Compass . Their employees were on site for much of the weekend ensuring that the building was safe to sleep in, kept clean and comfortable and that people were fed. Well done!

I think IBM gained a great deal of respect for trusting BarCamp to use their premiere London location knowing that they would be entertaining clients there on Monday. The developers from IBM who attended also gained from meeting a different and diverse set of people. When you work for a big company it's too easy to develop a language and way of communication that only makes sense inside the company - getting out once in a while at least makes you realise you are becoming institutionalised.

Someone asked me why I got involved with organising BarCamp - it's a simple answer. I've seen so many complex problems solved by bringing highly technical and creative people together and allowing them time to communicate. Sadly there aren't that many places where 200+ people can meet and share ideas. IBM has a great location which is not often used at weekends, how could I not have got involved?
Posted by Zoe Slattery at 03:57